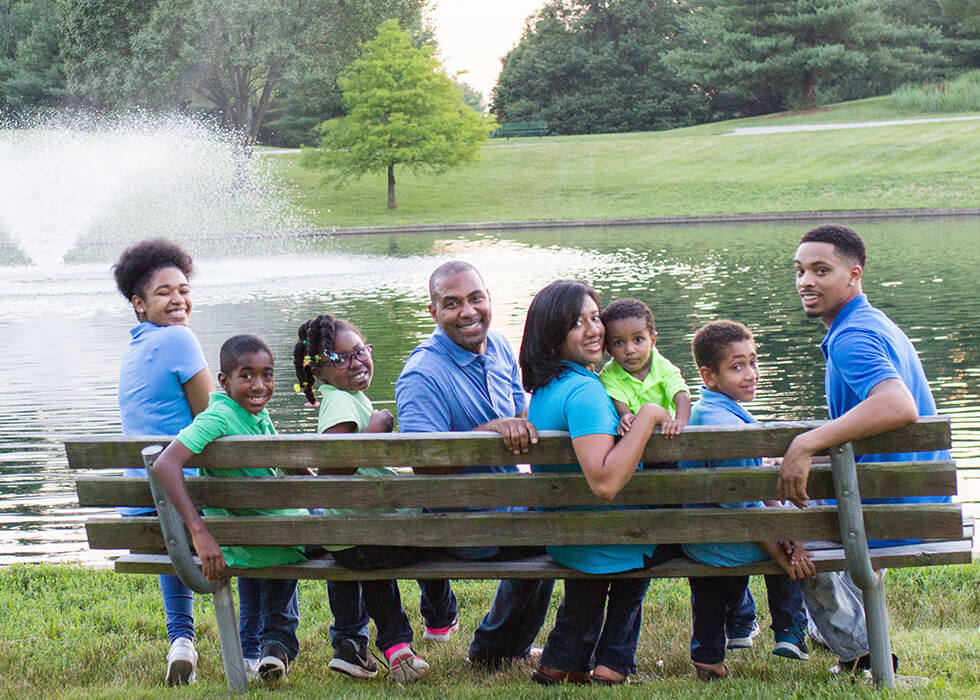 For years, we contemplated fostering children, but could never agree on good timing. As the years went by, and we had more biological children, the desire to help those that were less fortunate grew. In 2013, Anise reached out to One Heart to gather more information and after an hour long conversation, she knew this was the route to go.

We were originally only open to children close to age to our biological children, and definitely not any kids over the age of 12, but God had other plans.

We received a call for two siblings and later learned it was a sibling set of four in care. At court, were learned that the sister of the kids we had was still not placed and she was supposed to start her senior year of high school that day. God touched our heart and we had the room for one more, so we also took her into our home. A year after they were in care, we adopted our two girls at the ages of 18 and 10.

We are thankful for One Heart because they have been a continued support throughout this process.